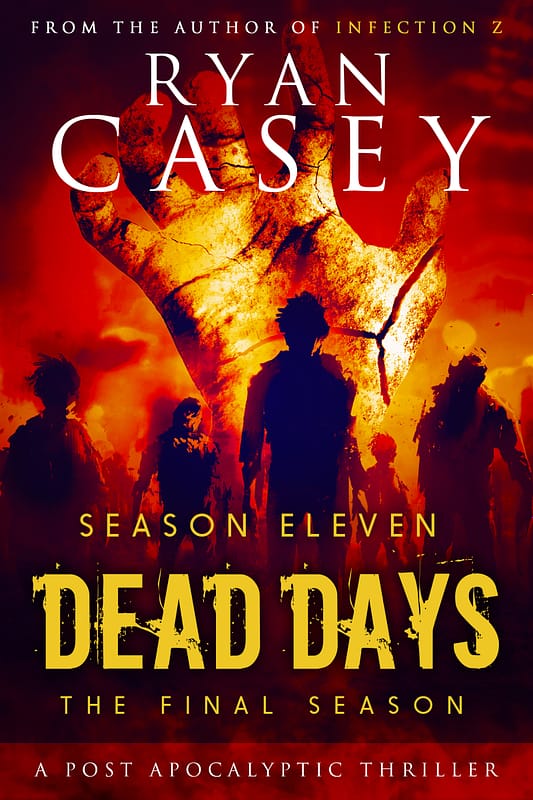 The hit post apocalypse series, Dead Days -- get all the episodes and all the season box sets right through here.

First Season FREE
About the Book

How would you survive the Dead Days?

Riley Jameson is a regular guy. A little hard-of-luck and going through a rough time at work, but nothing he can’t handle.

That was before the creatures rose. Feasting on human flesh, their hunger is insatiable. The zombies are unstoppable. The police are gone. The government has collapsed. The world as Riley knew it has changed, forever.

In this new, terrifying world, Riley is forced to think quick and act fast in order to survive. As he encounters numerous skin-crawling scenarios, his morals are pushed to the very limit, forcing the question: can humanity survive the onslaught of the dead, not only on the outside but on the inside? The answers often prove unsettling in this unique zombie apocalypse series unlike any other.

Other Books in "Dead Days"

Chloe: A New World
Disclosure of Material Connection: Some of the links in the page above are "affiliate links." This means if you click on the link and purchase the item, I will receive an affiliate commission. I am disclosing this in accordance with the Federal Trade Commission's 16 CFR, Part 255: "Guides Concerning the Use of Endorsements and Testimonials in Advertising."