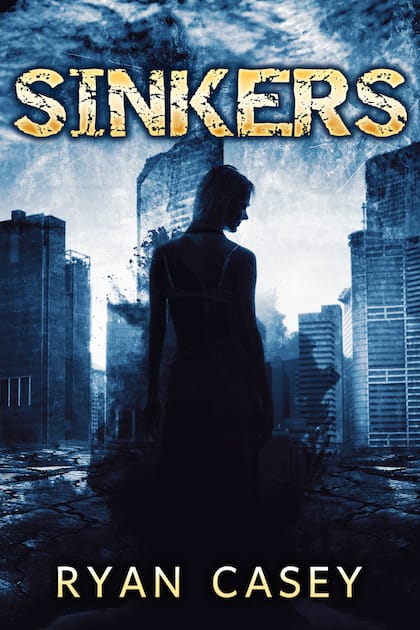 Amazon (Non-US)
About the Book

A THRILLING SUSPENSE HORROR FROM THE AUTHOR OF DEAD DAYS.

On April 20th 2013, five devastating sinkholes stunned a sleepy city. None of the victims’ bodies were recovered, and hundreds of families were left to grieve the loss of their loved ones.Ashley Chester, a typical mid-twenties post-graduate, is one of those people. He watched his beautiful girlfriend Grace sink to her death, buried under miles of rubble, never to be found.Until she turns up alive a year later.With not a scratch on Grace’s skin, nor any memory of her previous year, a stunned Ashley must deal with the suspicions of the police, the scepticism of the general public, and his girlfriend’s growingly erratic behaviour, as he seeks to learn just what is going on.But the more digging Ashley does and the more harrowing Grace’s behaviour grows, the more he suspects something else at play.Something much more shocking and sinister than any conspiracy…From Ryan Casey, author of Dead Days and the Brian McDone series, Sinkers is a thrilling science fiction horror packed with suspense, terror and twists. If you enjoyed the creepy mysteries of LOST and the thrilling drama of Gone Girl, then Sinkers will be right up your street.

Look Inside
Disclosure of Material Connection: Some of the links in the page above are "affiliate links." This means if you click on the link and purchase the item, I will receive an affiliate commission. I am disclosing this in accordance with the Federal Trade Commission's 16 CFR, Part 255: "Guides Concerning the Use of Endorsements and Testimonials in Advertising."