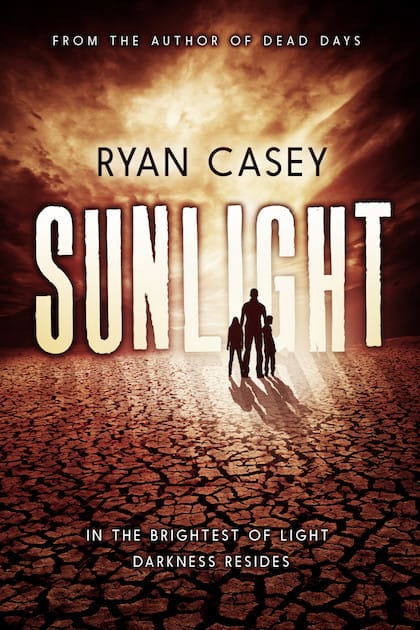 In the Brightest of Light, Darkness Resides.

Jack Simm is a man with no responsibilities. He has a cushy job, drinks a lot, and hasn’t seen his two children in several years. To Jack, a life of freedom is perfect.

But when an unexplained and devastating event turns the majority of the population into genocidal maniacs, Jack is forced to protect his two estranged children and escort them to a rumoured safe haven at the other side of the country.

Reunited with his children, Jack must finally step up to the responsibilities of being a father while adapting to a painfully horrifying dystopian world of violence and bloodshed.

Sunlight is a gripping post apocalyptic suspense thriller from the author of the hit Dead Days series about the lengths parents go to protect their children. Both thrilling and subtle, horrifying and heartwarming, Sunlight is a riveting journey through a dark and dangerous world quite like no other.

Look Inside
Disclosure of Material Connection: Some of the links in the page above are "affiliate links." This means if you click on the link and purchase the item, I will receive an affiliate commission. I am disclosing this in accordance with the Federal Trade Commission's 16 CFR, Part 255: "Guides Concerning the Use of Endorsements and Testimonials in Advertising."