The World After, Book 2 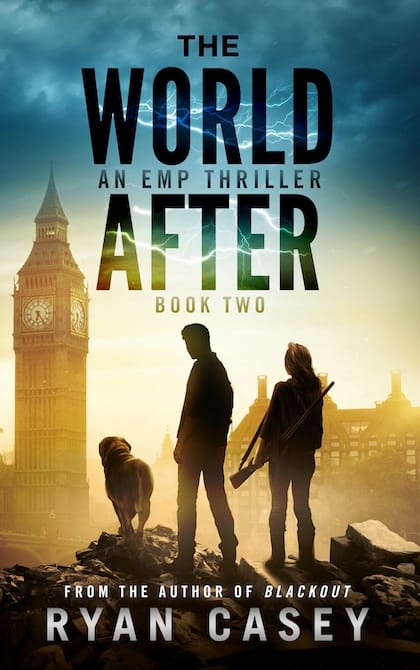 FROM THE AUTHOR OF BLACKOUT: AFTER THE STORM

Three months have passed since an EMP strike devastated the world’s infrastructure, leaving Scott Harvard and his new friends fending for themselves and learning how to survive in a world without power. In the months since, the group have been getting by, slowly adapting to the ways of survival in the new world.

But just when Scott’s group are beginning to find their feet, they are attacked by a rival group, who kidnap several of Scott’s friends. And this rival group are not playing around. They have their own morbid ideas of how the new world should be, and they aren’t going to quit until their image becomes reality…

With his friends abducted and facing foes in every direction, Scott is forced on a dangerous journey of rescue. But in a world without power and order, Scott soon realises that this journey may cost him his most treasured possession… his life.

The World After: Book Two is the second book in a new post apocalyptic trilogy by Ryan Casey, author of Dead Days and Infection Z. It is sure to delight fans of the author’s trademark complex characters, rapid pacing, and unexpected twists and turns.

The World After, Book 3

The World After: An EMP Thriller
Preview
Disclosure of Material Connection: Some of the links in the page above are "affiliate links." This means if you click on the link and purchase the item, I will receive an affiliate commission. I am disclosing this in accordance with the Federal Trade Commission's 16 CFR, Part 255: "Guides Concerning the Use of Endorsements and Testimonials in Advertising."