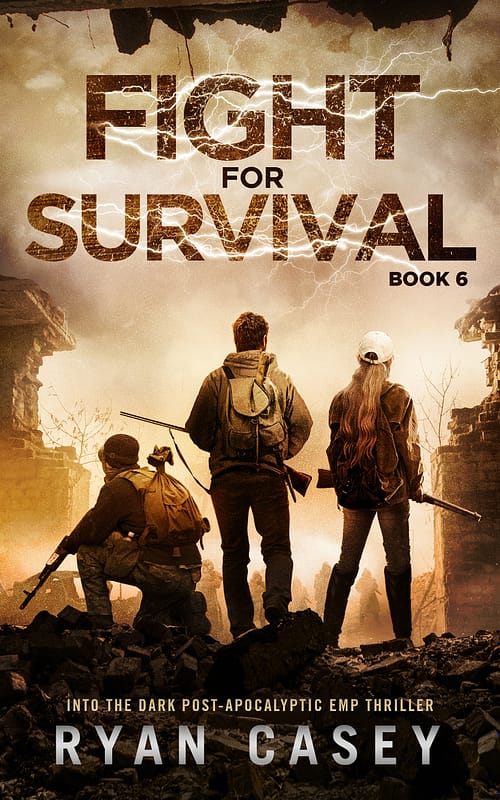 After the EMP, are you ready for war?

A year has passed since a catastrophic EMP devastated the nation, leaving survivors scrambling for their lives in a dangerous, powerless world.

After the EMP, are you ready for war?

A year has passed since a catastrophic EMP devastated the nation, leaving survivors scrambling for their lives in a dangerous, powerless world.

But revenge isn’t going to be easy. Especially not in a mad world where even the elements are working against him…

Will Mike rally his people to victory against a treacherous old foe? Or will this deeply personal battle prove a deadly step too far for everyone?

After the EMP… expect the unexpected.

Fight For Survival is the sixth book in the Into the Dark post-apocalyptic thriller series from Ryan Casey, author of The World After and Blackout. If you enjoy stories of ordinary people thrown into devastating new circumstances, you’ll love Into the Dark.

Into the Dark: A Post-Apocalyptic EMP Thriller

Into the Light
Preview
Disclosure of Material Connection: Some of the links in the page above are "affiliate links." This means if you click on the link and purchase the item, I will receive an affiliate commission. I am disclosing this in accordance with the Federal Trade Commission's 16 CFR, Part 255: "Guides Concerning the Use of Endorsements and Testimonials in Advertising."