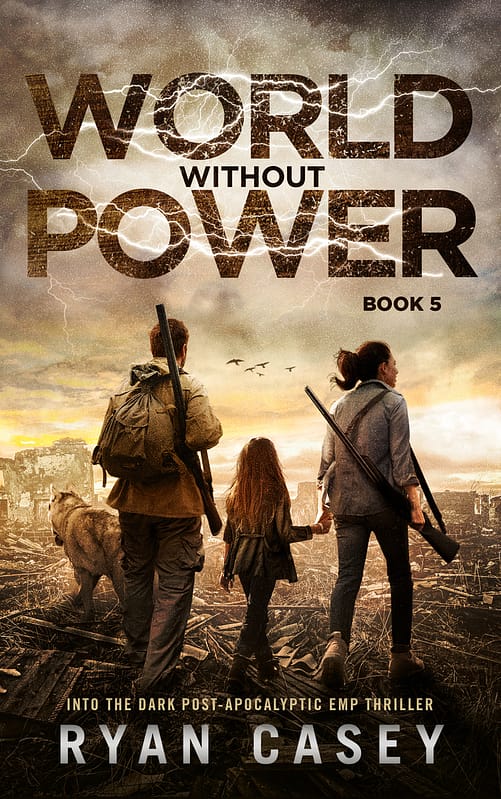 When society falls, do you have what it takes to start again?

A year has passed since a devastating EMP struck the planet, leaving survivors in a dangerous world without power or communications...

When society falls, do you have what it takes to start again?

A year has passed since a devastating EMP struck the planet, leaving survivors in a dangerous world without power or communications.

Mike is one of those survivors. He has been living at a nearby military outpost for the last few months. He is growing used to the idea of settling at this place, as the country finally starts to rebuild.

But not everyone has the same idea about the future. When a supply raid goes wrong, Mike learns a staggering secret that puts him at odds with a treacherous new foe–a foe that threatens to destroy everything they’ve worked towards.

After the EMP, nothing can be taken for granted…

World Without Power is the fifth book in the Into the Dark post-apocalyptic thriller series from Ryan Casey, author of The World After and Blackout. If you enjoy stories of ordinary people thrown into devastating new circumstances, you’ll love Into the Dark.

Into the Dark: A Post-Apocalyptic EMP Thriller

Into the Light
Preview
Disclosure of Material Connection: Some of the links in the page above are "affiliate links." This means if you click on the link and purchase the item, I will receive an affiliate commission. I am disclosing this in accordance with the Federal Trade Commission's 16 CFR, Part 255: "Guides Concerning the Use of Endorsements and Testimonials in Advertising."