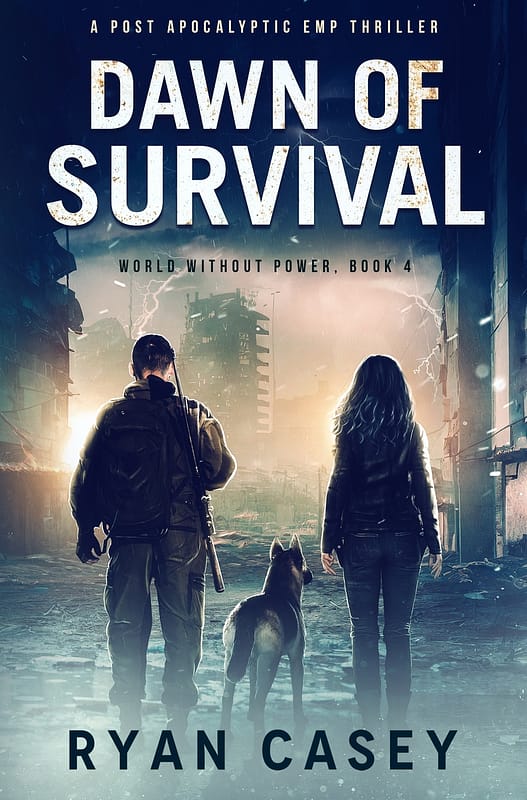 A devastating EMP. A nation in ruin. Would you survive the world without power?

Three months ago, a catastrophic EMP brought the nation to a standstill. In a world without power, people were left to fend for themselves in a harrowing battle for the last of the dwindling supplies.

But Sam and Tara aren’t the only ones trying to survive. When a ruthless enemy arrives at the gates and launches a crippling attack on the innocent town, our protagonists are forced to stand up and fight for their sanctuary.

Do they have what it takes to survive the world without power? Or will this brutal battle for safety prove the death of our heroes, once and for all?

Dawn of Disaster
Preview
Disclosure of Material Connection: Some of the links in the page above are "affiliate links." This means if you click on the link and purchase the item, I will receive an affiliate commission. I am disclosing this in accordance with the Federal Trade Commission's 16 CFR, Part 255: "Guides Concerning the Use of Endorsements and Testimonials in Advertising."