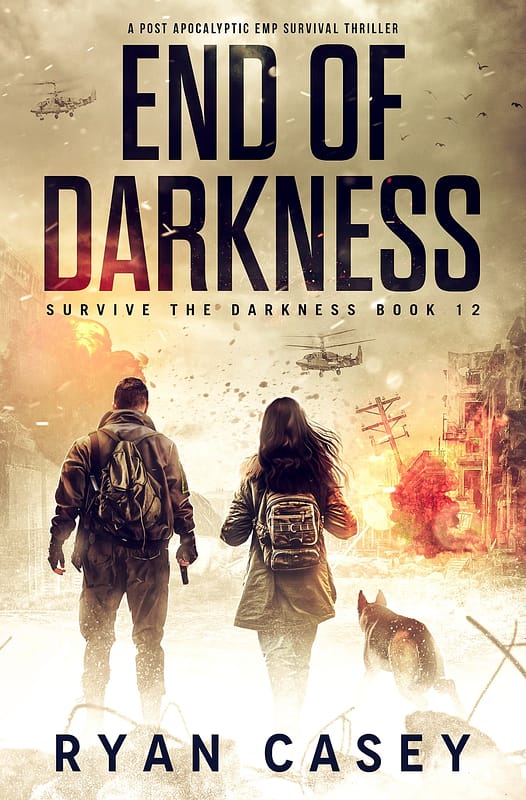 The epic, nail-biting conclusion to the Survive the Darkness post-apocalyptic EMP series.

Eastbrook is under attack. A community is in ruin. In the blink of an eye, a safe haven that Billy and so many other survivors called home for so many years is gone.

Facing his biggest threat yet, Billy's goal is simple, but it is not easy: he needs to escape Eastbrook, and the ruthless waves of invaders. He needs to rescue as many of his people as possible. And then he needs to fight back against the Liberators, and stop them from destroying more innocent communities like his.

But against his strongest foe yet, Billy finds himself outnumbered, outgunned, and staring into the abyss.

Does he have what it takes to survive?

And just how far will he go to protect the ones he loves?

Endure the Darkness
Preview
Disclosure of Material Connection: Some of the links in the page above are "affiliate links." This means if you click on the link and purchase the item, I will receive an affiliate commission. I am disclosing this in accordance with the Federal Trade Commission's 16 CFR, Part 255: "Guides Concerning the Use of Endorsements and Testimonials in Advertising."