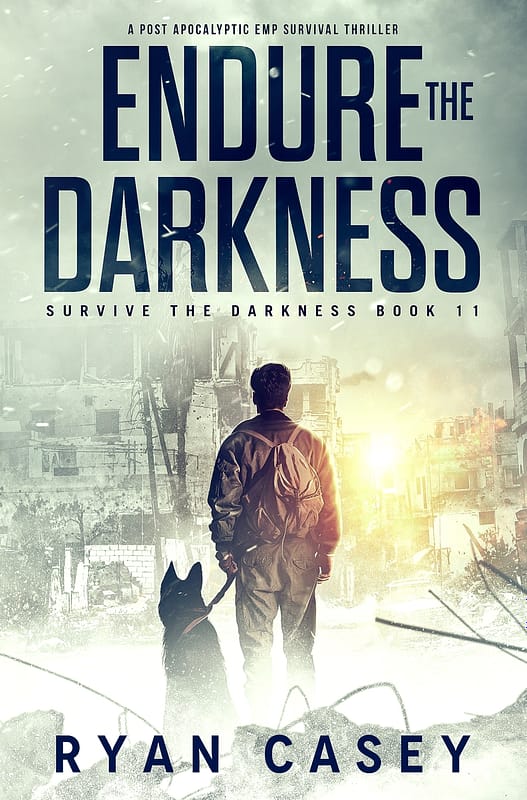 In a world without power, can you endure the darkness?

Fifteen years ago, a devastating EMP event struck the nation. In the blink of an eye, power became a luxury of the past. Survivors scrambled desperately for the remaining supplies. And an orderly world rapidly descended into total chaos.

Billy is a survivor. For the last decade, he has lived at Eastbrook, a tight-knit community. After a nasty confrontation with a ruthless enemy, the survivors of Eastbrook are finding their feet again, and Billy is beginning to relax once more.

But Billy can't relax for long. A shocking murder rocks the town, throwing Billy right into the frame. Desperate to prove his innocence, Billy does whatever he can to unearth the truth.

But the more Billy searches for answers, the more he discovers a conspiracy far beyond anything he imagined.

A conspiracy that goes far beyond the walls of Eastbrook.

A conspiracy that could mark the end of his safe haven--and the annihilation of everything he has ever cared about.

End of Darkness
Preview
Disclosure of Material Connection: Some of the links in the page above are "affiliate links." This means if you click on the link and purchase the item, I will receive an affiliate commission. I am disclosing this in accordance with the Federal Trade Commission's 16 CFR, Part 255: "Guides Concerning the Use of Endorsements and Testimonials in Advertising."