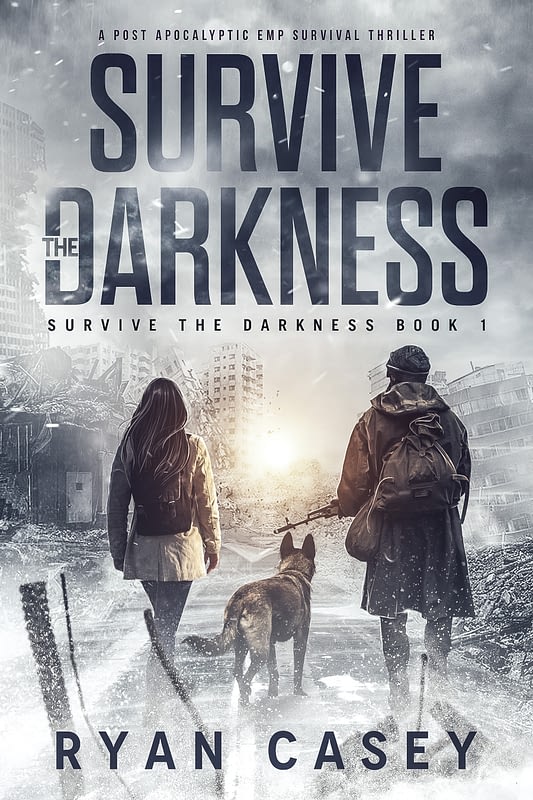 When the lights go out, only the strong will survive the darkness…

It’s New Year’s Eve, and the world is about to change. Forever.

Out of nowhere, a catastrophic EMP event cripples the nation’s power supply. Cars spiral off the streets. Planes hurtle from the skies. And in the powerless confusion, it doesn’t take long for terrified survivors to resort to violence.

Max is working as a security guard in the city centre when the power goes out. Surrounded by chaos, he knows he only has one choice: to get out of the city and get to the countryside. But will he make it out of a city that is rapidly collapsing?

Aoife is on her way home from a terrible night out when her bus crashes, leaving her unconscious. When she wakes up, she is engulfed in darknessand surrounded by flames. Does she have what it takes to fight her way home to her friends?

And in the darkness, a mysterious prisoner steps out of his cell with one goal in mind: revenge.

On the first day of darkness, do you have what it takes to survive?

After the Darkness
Preview
Disclosure of Material Connection: Some of the links in the page above are "affiliate links." This means if you click on the link and purchase the item, I will receive an affiliate commission. I am disclosing this in accordance with the Federal Trade Commission's 16 CFR, Part 255: "Guides Concerning the Use of Endorsements and Testimonials in Advertising."